Skip to navigation Skip to content Skip to Footer

Neil started his career as a technician at Telkom where he worked on the local and later on the international lines. He completed his T3 through Telkom.

He left them in 1987 after 7 years to join Analytical Systems as Production Manager. Unfortunately the company was liquidated after only a short time and he then joined Right Time Technology.

Neil decided to make a go of it on his own in 1996 moving more into the research and development field of telecommunications as well as computer hardware and software maintenance, support and sales. The experience he gained at Telkom and then in turn at Right Time gave him the nudge to move in that direction.

Technology Unlimited has proudly been in existence since March 1996 and is honoured to still have many of its client base since its inception. 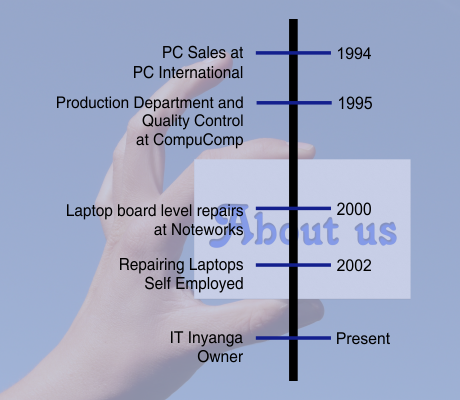 Gavin started his career in PC sales in 1994 at PC International and moved onto CompuComp in 1995. He ran their production department and quality control for 4 years.
He left them in 2000 to go into laptop board level repairs at Noteworks, unfortunately in 2002 they liquidated.
Gavin decided to make a go of it on his own to repair laptops and then moved onto and diversified 4 years later into a full service IT company as the laptop repair industry started slowing down because laptop prices dropped to a point most times they were uneconomical to repair.
Gave is sole owner of IT Inyanga which has been in existence since 2003 and prides its self in excellent service to all customers large or small. He has joined forces with Neil and Technology Unlimited to expand his client base.

In our offices based in Jukskei Park (near Fourways) we have a full technical centre where we troubleshoot, install, monitor and repair laptops and desktops.

Diane runs the day to day scheduling of calls and quoting, she also placed the orders and does our invoicing. She is contactable during office hours either on the land line or on her cell phone.

Jacqui is also in the office keeping it ticking over, so there is always somebody to attend to your immediate needs; either via email or telephone. 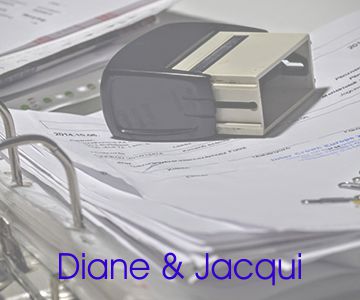